Supporting scholars in their quest for new discoveries and fresh insights is not enough to make a positive difference in the world. Good ideas need to move out from the scholarly world into venues of public discourse. To speed this process, The Issachar Fund (TIF) supports public events that disseminate the fruits of scholarly labor to policymakers, journalists, educators, activists, and ordinary citizens. In this way, ideas can be translated into actions that can improve lives by building bridges between cultures and by deepening our understanding of nature, society, and spiritual truth. 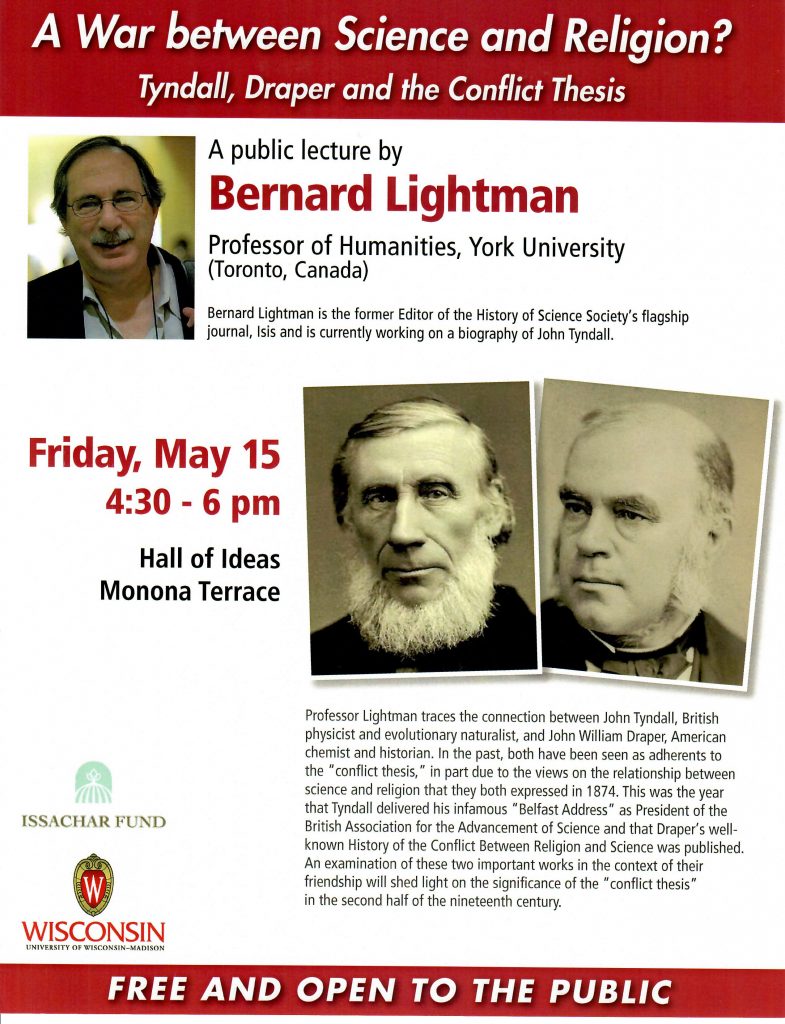 The War Between Science and Religion? Tyndall, Draper and the Conflict Thesis

In the early 1800s, Americans and Europeans generally understood that science and religion are compatible with each other. Dr. Lightman’s lecture traced the connections between British physicist John Tyndall and American chemist John William Draper, showing how public statements of these two prominent scientists and their opponents in the 1870s established the new modern myth that science and religion are inevitably in conflict with each other. This lecture was part of an international conference on “The Idea That Wouldn’t Die: The Warfare between Science and Religion,” a collaboration between the University of Wisconsin-Madison and The Issachar Fund. 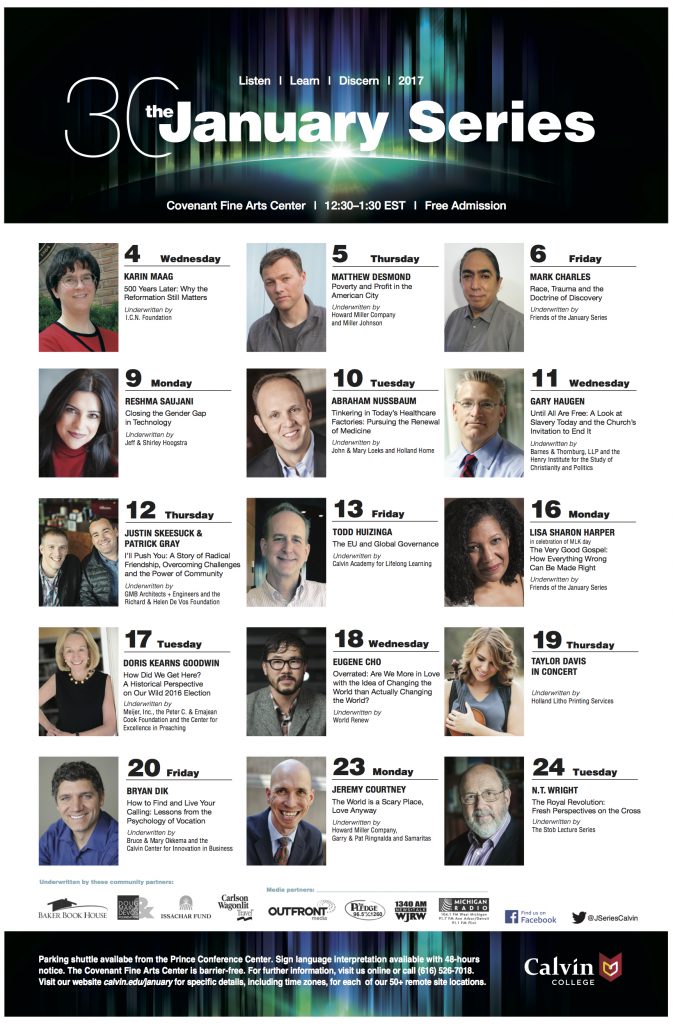 Tinkering in Today’s Healthcare Factories: Pursuing the Renewal of Medicine

Dr. Nussbaum’s lecture explained how healthcare reform is transforming the practice of medicine, turning physicians into technicians and hospitals into factories. He drew on his own experience with patients to show how medical care can be renewed be re-envisioning patients as persons and implementing new-old forms of person-centered care. This lecture drew on Dr. Nussbaum’s memoir, The Finest Traditions of My Calling: One Physician’s Search for the Renewal of Medicine, and was a collaboration between Calvin College in Grand Rapids, Michigan, and The Issachar Fund. 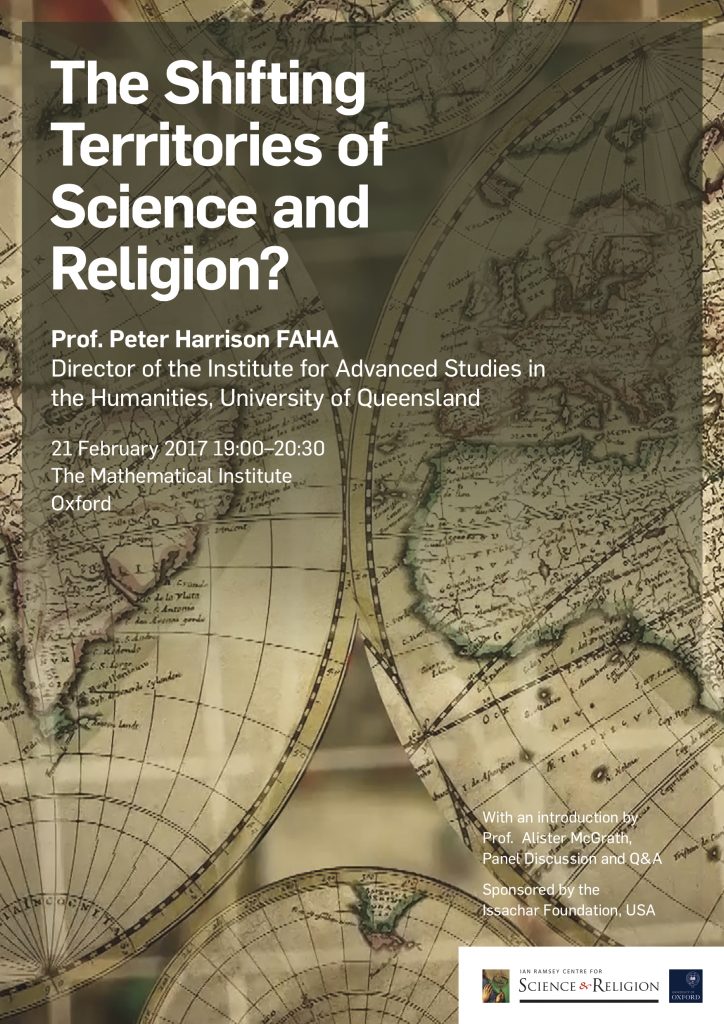 The Shifting Territories of Science and Religion 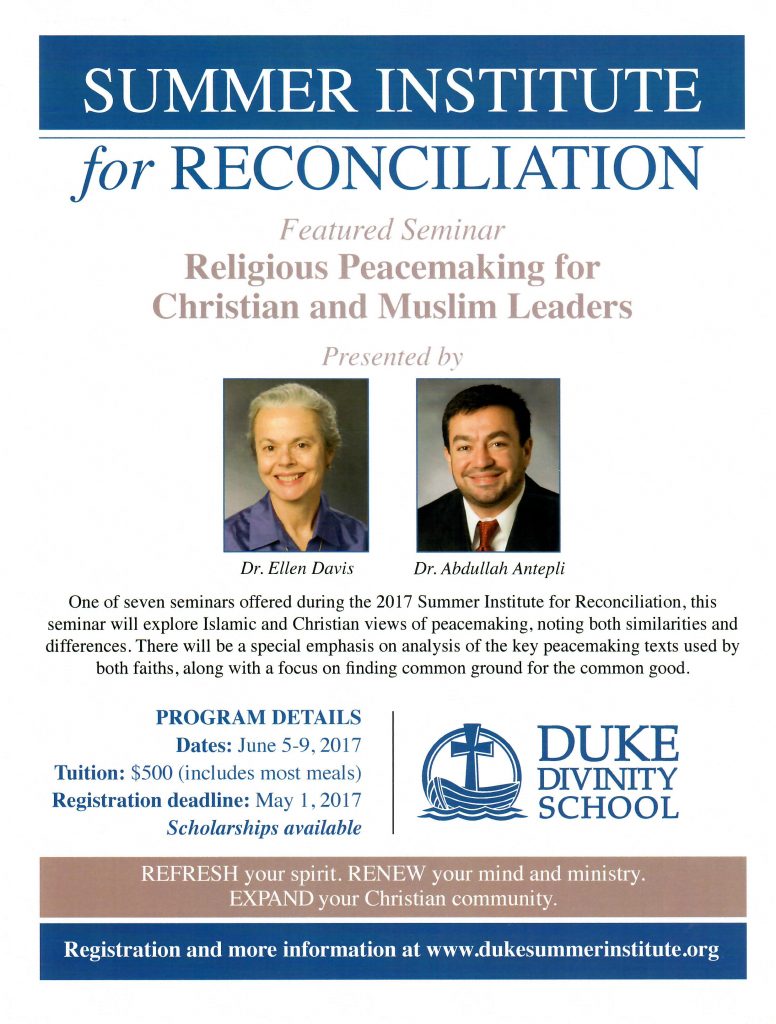 This was one of seven seminars during the 2017 Summer Institute for Reconciliation at the Duke University Divinity School. Dr. Davis and Dr. Antepli explored the Islamic and Christian views of peacemaking, noting both similarities and differences. They placed special emphasis on the analysis of the key peacemaking texts used by both faiths, along with a focus on finding common ground for the common good.